The legion XI was established by Julius Caesar in 58 BC , along with the twelfth legion, to conduct the campaign in Gaul, which began with the war against the Helvetii in the same year, of which he was chief Orgetorige. As mentioned in De Bello Gallico, the legion XI also fought against the nerves in the following year. In 52 BC, most likely, he took part in the sieges of Avaricum (modern Bourges) and Alesia, where Caesar was forced to contend both with 80 thousand of the tribe of Averni Gauls, led by Vercingetorix, holed up in the city, with other tribes Gallic who were pressing from the outside against the Roman fortifications.

On return from Gaul, during the civil war against Pompey, Caesar’s Legion XI fought in the battle, that the great leader lost Dyrrhachium (Macedonia) in 48 BC and later in the victorious final battle diFarsalo (Thessaly), where Pompey was finally defeated. The legion was dissolved in 45 BC and its veterans were rewarded with the donation of land to Bovianum (today Boiano in Molise), which is why he was also called Bovianum Undecimorum.

The Legion XI was reconstituted in 42 BC by Octavian, the future first emperor of Rome, Caesar’s nephew, to fight in the war against Brutus and Cassius, the murderers of his uncle. The legion XI so he took part in the Battle of Philippi in Macedonia, which marked the definitive victory of Octavian. Subsequently suppressed a rebellion in Perugia, where they found themselves opposed to the first time the top two triumvirs, Octavian and Mark Antony. According to many sources the legion XI was also involved in the campaigns conducted by Octavian in 38 BC against the last followers of Pompey, led by the son Sesto Pompeo, who, with their fleet had occupied Sicily, thus threatening the supply of Rome. Sestio Pompey was defeated by his son Octavian, the great general Marcus Agrippa in 36 BC Vispanio in naval battles of Mylae (modern Milazzo) and Nauloco (location at Milazzo).

In 31 BC Octavian and Mark Antony were now in open conflict and the legion XI fought at the side of the first, distinguished by value and heroism in the battle of Actium (Greece), where Octavian finally defeated Mark Antony and Cleopatra.

The legion XI then was sent to the Balkans, where he settled for nearly a century. After the disaster of the Battle of Teutoburg Forest, Germany, near the Rhine, which cost the loss of three legions (XVII, XVIII and XIX) among the most expert (September 9 AD), the legion XI was allocated to Burnum, in Dalmatia (modern Kistanje in Croatia), along with the seventh legion. The Legionaries of XI were so busy on that front as very warm for its continuous revolts. The eleventh legion worked in many places, both in the province and in the capital, Living room (modern Split). A detached unit, made probably by some cohorts, occupied Gardun, a town in Dalmatia to the east of the Exhibition. The activities consisted not only in the military control of the territory, but also in the construction of new lines of communication, which is essential to enable the legions to move and act quickly, thus promoting the development of trade.

In 42 AD, while the eleventh legion was still in Burnum, the governor of Dalmatia, L. Arruntius Camillo Scriboniano turned against the Emperor Claudius (41-54), successor to Augustus (27 BC – 14 AD) and then to Tiberius (14-37) and then Caligula (37-41). The legions VII and XI proved loyal to the emperor Claudius and put an end to the revolt of Scriboniano. Claudius so the two legions rewarded with the title, then left for good, Claudia Pia Fidelis, which is loyal and faithful to Claudius.

In 58 AD, during the reign of Nero (54-68), the legion VII Claudia left Burnum to be deployed along the Danube, while its twin, the XI Claudia remained in Dalmatia, and if it finds mention in the time of Nero’s suicide and you also know the name of his commander in recent years, the Linked A. Ducenius Geminius. The purpose of this emperor marked the end of the Julio-Claudian dynasty and the beginning of a new phase of internal strife in the years 68-69, which saw a 4 suitors contend for the dominion of Rome, namely: Galba, Otho, Vitellius and Titus Flavius Vespasian. After the death of Nero, the Senate decreed Galba new emperor, a senior consul very rich and powerful. But his appointment was challenged by the governor of Lower Germany, who rebelled against Vitellius and Otho from a wealthy senator, who in turn was proclaimed emperor. Galba was lynched by his own soldiers in the Forum, so the legions had to choose which of two suitors left sides. The legions XI Claudia PF, PF Claudia VII and XIV Gemina sided in favor of Otho. The XI was then sent to fight against Vitellius at Cremona, where in fact he never got to battle if not over, then not being able to make a contribution. The winner of the battle, Vitellius became the new emperor, but chose not to punish those legions who had fought against him. He just sort of go back to the XI Claudia PF in Dalmatia.

When in the same year (July 1, 69 AD), the commander of the legions of the East (Dalmatia, Illyria, Judea, Pannonia and Moesia), Vespasian was proclaimed emperor by his soldiers in Caesarea, the Legion XI Claudia, who was still in those areas, acknowledged the proclamation of Vespasian and sided by his side, fighting valiantly in battle and in the second siege of Bedriacum (Cremona), which marked the end of the strife and the victory of Vespasian. With this began the period of the emperors of the Flavian family.

The following year, in 70 A.D. Legion XI took part in the expedition of General Ceriale in northern Gaul (modern Holland) to suppress the revolt of the Batavians, led by Julius Civil joined in a noble Batavian Roman army as a prefect. Having completed this task bravely, he was stationed at the old castrum Legion XXI Rapax at Vindonissa (the current Windisch in Switzerland) in Upper Germany. In Dalmatia, the Legion XI Claudia PF was replaced by Legion IV Flavia Felix.

There are many archaeological evidence of the presence of the legion XI in Windisch, such as roads, the amphitheater and the discovery of its furnaces at Rupperswil. This testifies, as well as in Dalmatia, the enormous activity of the legionaries of the XI Claudia PF in building construction works (strong, roads, bridges and city). For example, it is proven the construction of the German city of Baden -Baden.

The Legion XI Claudia PF at this time to Vindonissa distinguished himself in the battles against the Germans in the dreaded right bank of the Rhine (in 73 , in 74 and 83), yield very unstable after the defeat of the Teutoburg. Also took part in the wars against the tribes of the Catti, fought under Domitian (81-96), the last emperor of the Flavian family. Probably settled during a period of relative peace in Mainz, along with legions The Adiutrix and XIV Gemina.

In 114 he was again moved to Durostorum in Moesia Inferior (modern Bulgaria), where he remained permanently guarding the border Danube. He had the responsibility for the protection of the colonies greek -Roman allies of the Crimea, together with the legions I Italica and V Macedonica. Here recruited men from neighboring Thrace and constituted a fundamental unit for the Roman military policy in Asia Minor. Unit XI of the legion took part, along with the Legion V Macedonia, the construction of the fort of Draschna in Buzau valley in the south -east of the Carpathian Mountains.

During the reign of Hadrian (117-138), a vessillazione (unit of cavalry tactics mobile) Legion XI Claudia PF was sent to Judea, where he suppressed the messianic revolt, led by Simon ben Kosiba (132-136).

When the governor of Pannonia Superior, Lucius Septimius Severus (193-211), a general who was born in Leptis Magna and from the Gens of equestrian rank of Severi, was proclaimed emperor in April 193, the Legion XI Claudia PF sided with him side. Septimius Severus marched on Rome, but the legion XI did not take part in the action, as its base, Durostorum, it was too far from Italy. He took part in the subsequent campaigns instead of Severus against his rival Piscennio Nigro (193-194), when, along with the legion I Italica, the legion XI besieged Bisanzio, crossed the Cilician Gates (a passage through the mountains of the Taurus Mountains in Turkey ) and Nigro finally defeated at the Battle of Issus. According to some sources, the legion XI followed the emperor Septimius Severus in subsequent conflicts that took against the powerful Parthian empire by conquering their capital Ctesiphon in 198.

7 – From the third century to the end of the Empire

During the conflict between the emperor Gallienus (260-268) and his rival Postumus, who had been proclaimed emperor by his soldiers did, managing to subdue Spain, Gaul , Germany and Britain, the legion XI sided with the first and earned the title Pia Fidelis V V (ie 5 times 5 times faithful and loyal) and then Pia VI Fidelis VI. This suggests that other emperors, but do not know which, having previously given the title XI of the legion 2, 3 and 4 times a loyal and faithful.

In 295, the mobile units of the XI Legion fought under the emperor Diocletian (284-305) in Egypt, and three years later other units were engaged in Mauritania associated with the emperor Maximian (286-310).

At the beginning of the 5th century, the legion was still in Durostorum, to protect the front of the lower Danube. Then if they do not have more news.

During the fifth century, with the fall of the Empire, the Roman army went dissolving and of course the legion XI.

Probably many of the soldiers of this legion remained to live in those regions of the Lower Danube.

Tutte le informazioni sui festeggiamenti per il prossimo Natale di Roma.
All the informations about the next Rome Foundation Anniversary. 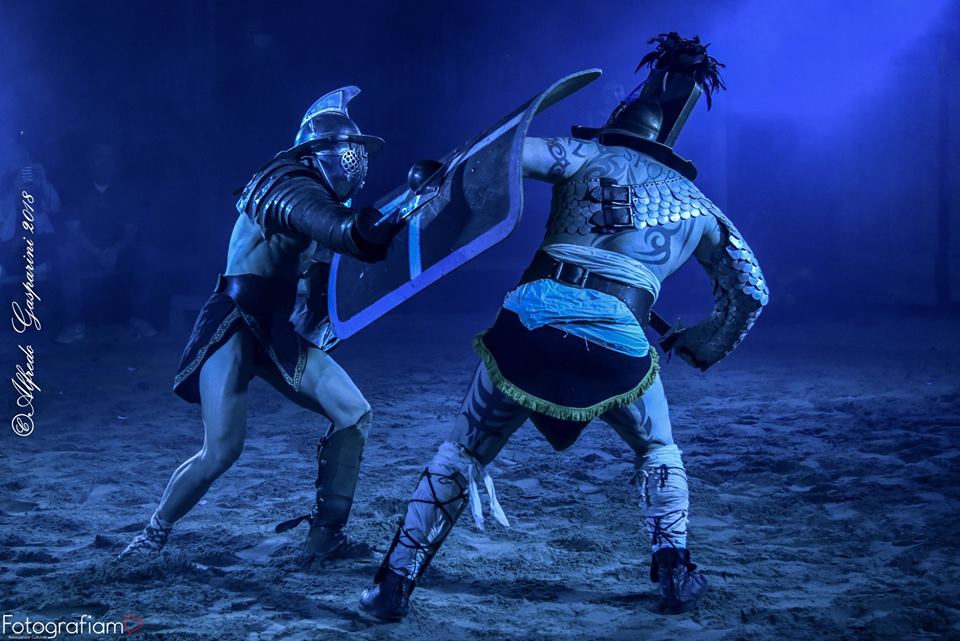 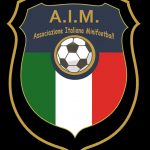 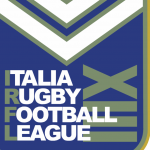